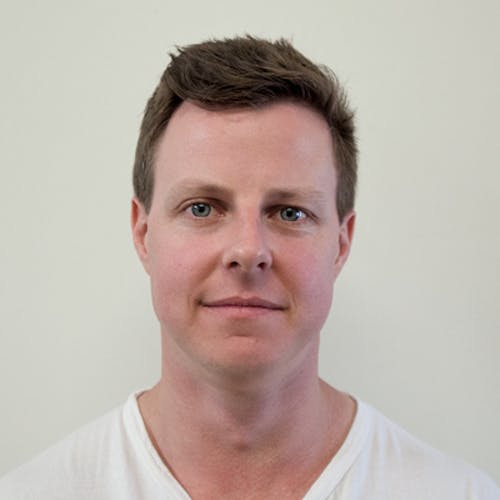 Hi, I’m Chris Duell. I live in Melbourne, Australia, where I ponder Product and Productivity.

I’ve loved making things for the web as long as I can remember, it all started when Dad brought home our first computer in the mid 90s. I still remember him handing me the mouse, and saying to check the back of his ute for the rest. As a kid I spent way too much time sitting at the keyboard, inspecting how sites were made, then trying to replicate them for fun.

Fast forward a decade or so, I completed a Bachelor of Computer Science & Software Engineering in 2008. But not before starting work at an agency in 2006, my first job in tech.

I founded my first startup in 2009 (TwitHawk), although at the time didn't know the term startup nor what on earth I was doing. It was almost an accident really, from a few nights of hacking. Being one of the first marketing tools for Twitter, it gained the attention of Guy Kawasaki who ended up evangelising it off his own back. TwitHawk secured customers like Graceland, AT&T, Johnson & Johnson, sex.com and hundreds more to help them with automated social media marketing. I exited TwitHawk in 2012 when I realised it needed more than I could offer it if it was going to become something bigger, I just wasn't ready for that yet. Sadly, it died a slow death afterwards. That experience had lit a fire in me though.

This eventually lead to founding Elevio in 2015 along with Matt Trimarchi, where we focused on the intelligent curation and delivery of knowledge. Elevio was one of (if not the) first embeddable in-app knowledge products available, and we lead from the front in a number of areas. In our early days, we went through the Startmate accelerator, raised a small amount of venture capital from Blackbird and Airtree, before growing to operate as a profitable company. Our customer list included the likes of Epic Games, eBay, Canva, Loom, Staples, Trip Advisor, Trivago and hundreds more, before being successfully acquired by Dixa in 2021.

As a side project while operating as CEO of Elevio, I also created ReleaseNotes.io as a way to scratch an itch on something I needed as well as to satisfy my tucked away desire to code. ReleaseNotes was successfully acquired at the end of 2021 (and still going great, disclaimer: I still hold a small stake) to both free up my personal time since I was about to become a Dad, as well as to allow me to go all in on Dixa.

After the acquisition of Elevio by Dixa, I joined Dixa in a Director of Engineering role, quickly moving to Senior Director of Product, and am currently in the position of VP of Product Operations.

I’ll be continuing on at Dixa for the forseeable future on our path to IPO.