Musings of a startup founder 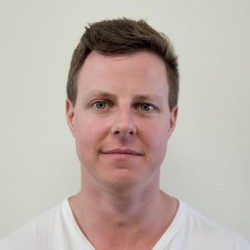 While working on a product at VentureCraft, I wanted to make sure that there was no way I could accidentally screw myself over by running something like migrate…

While working on a product at VentureCraft, I wanted to make sure that there was no way I could accidentally screw myself over by running something like migrate:refresh in production. I put up a teaser on twitter which got some good attention so I thought I’d share the nasty code I used to achieve this.

Adding a confirmation before any artisan calls when in production, will save my ass no doubt #laravel pic.twitter.com/dZk6syeusF

At this stage, all I’m doing is adding a snippet of code to the top of my app/artisan.php file, which performs the check. At a later stage I planned on moving this to a package so I can use it in other projects, however I received the following tweet from Taylor which hopefully will make that redundant and he’ll just build it into the core (a touch more elegantly I’m sure):

@duellsy i should probably just bake that into the framework honestly

What’s ore, in the package I’d planned on allowing to pick and choose which commands are protected in which environment based on a config file, the following hopefully will take care of that too:

@duellsy at least for those destructive type actions on migrations

Stoked to see that this has indeed been added into the core, as a trait you can add to your own commands